Every winter is beautiful in its own way but here on the North Shore, this winter takes the cake. Conditions have been excellent, with new snow seemingly in the forecast every time the current snow gets to be a bit crunchy. All in all we’ve received over 90 inches.

The large amount of snowfall has caused animals that would normally stay inland, to come down and visit us at the lake. Transportation is easier down here where there is less snowfall. Also, for a few weeks Lake Superior was frozen solid in front of the resort and animals were using it like their personal freeway.

Here’s the story of the winter nature moments at Lutsen Resort.

It all began back in January, when we had a fox on our roof (!)

We actually noticed it because a guest had posted a photo of it and tagged us on Twitter. When we saw the photo the next day, we figured there was no way he would still be there. But he was. And he returned every couple days for almost a week.

Next came the river otters. Now we get river otters on the Poplar every year, but with the way the river froze so much this year, they were much more visible. Staff and guests reported seeing them sliding on the their bellies all the way under the bridge.

Finally, dun dun dun….the wolves! The wolves were so cool. They were first reported on February 11th by our Front Desk Manager.

And then…we just kept seeing them.

And again on February 19th.

And then again on February 22nd. This time we weren’t sure if it was wolves or coyotes.

Now the lake is mostly open, see for yourself on our beach cam here. So we haven’t seen the wolves in about a week.

It’s not too late for you to come experience great nature moments. Winters like this don’t always happen. We have about another month before the snow begins to melt. And Spring is a great time for wildlife viewing as well! 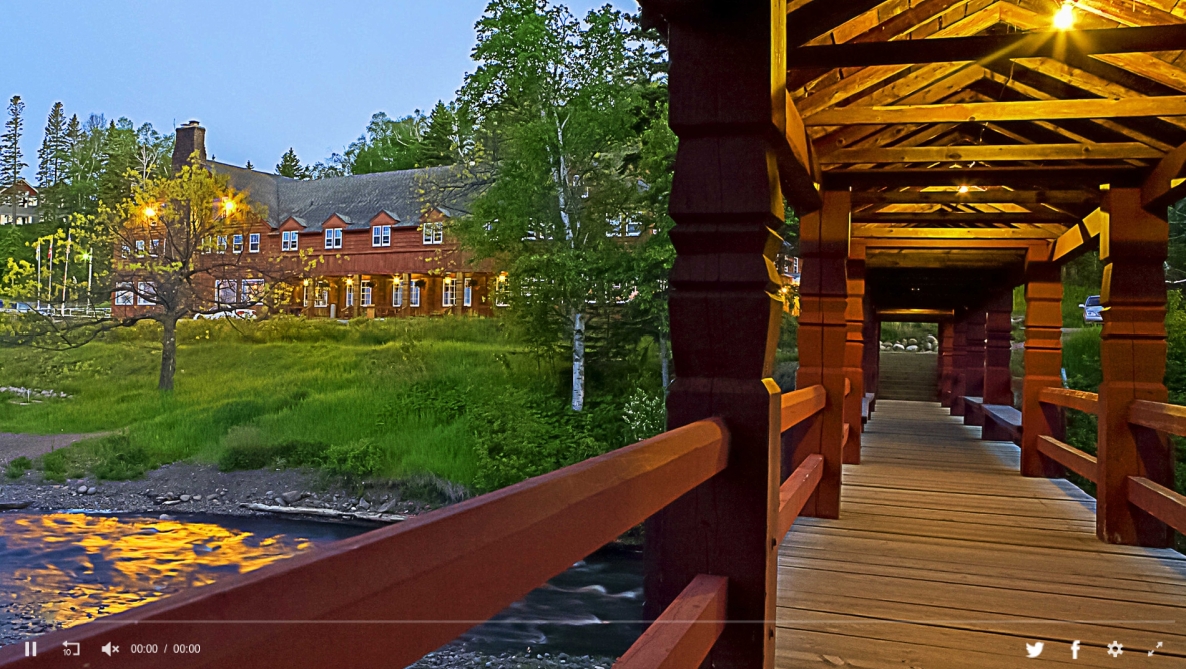